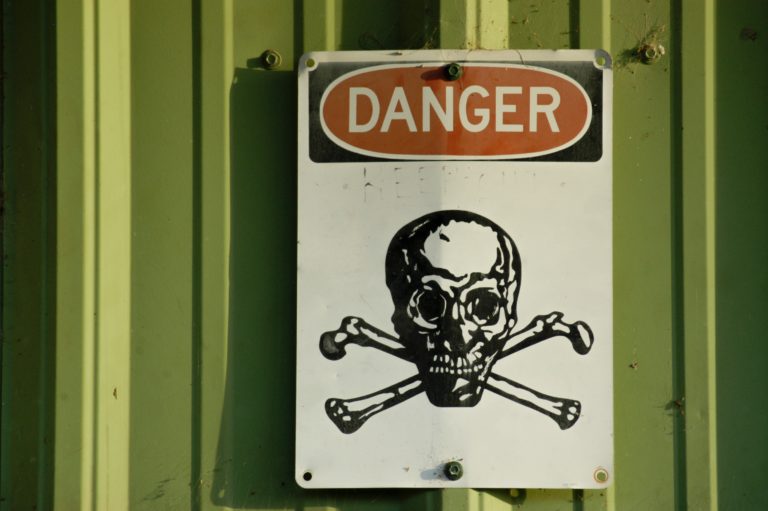 This article was authored by Hogan Assessments.

Last week we revealed the eight most common personality types found in the Hogan suite of assessments. Starting this week, and in the following weeks, we will take a deeper look at these eight profiles. This week we take a deep look at the personality profile of Rebels.

Rebels make up approximately 8% of the working population.

Their Hogan profile is highlighted by high scores on Recognition, Power, Hedonism, and Commerce on the MVPI; low scores on Adjustment, Interpersonal Sensitivity, and Prudence as well as high scores on Sociability and Inquisitive on the HPI; and high scores on most of the HDS scales except for Diligent and Dutiful, with especially high scores on Excitable and Skeptical. See Figure 1 below for the full profile. 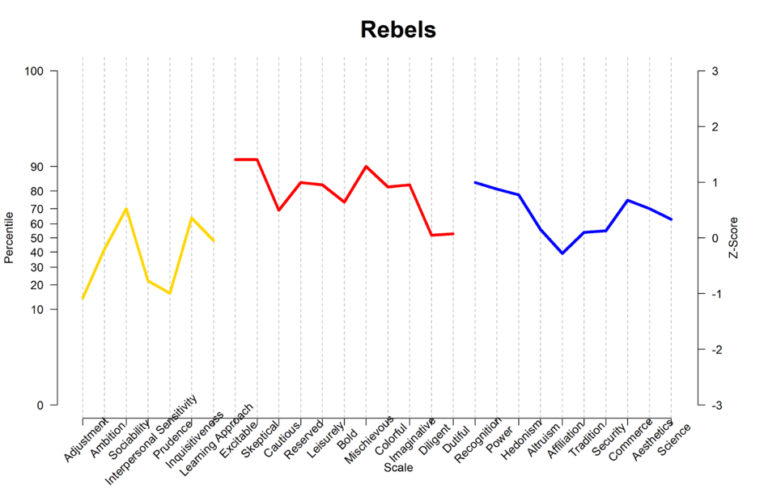 The Reputation of Rebels

We had eight Hogan consultants with a combined 82 years of experience provide independent, written interpretations of the Rebels profile shown above. Some of the words our experts most frequently used to describe rebels were “emotional,” “strong,” “passionate,” “direct,” “volatile,” “reactive,” “energetic,” and “status.” Additionally, we examined the workplace reputation of Rebels by drawing on Hogan 360 data gathered with Hogan distributor Peter Berry Consultancy. Colleagues, supervisors, and even subordinates of Rebels described them as “very competitive and driven,” but also as having difficulty “managing emotions maturely and intelligently” and staying “calm and even tempered.” In other words, Rebels are seen by their co-workers as enthusiastic and energetic but struggling with emotional control. Lastly, our job performance archive also tells us that Rebels score low on “political savvy,” “modeling behavior for others,” and “overcoming obstacles.”

Rebels will prefer careers where they can be creative and disruptive, where they can push the boundaries and limits of what most people consider possible. Rebels dislike the status quo and will struggle to fit with many traditional jobs. As a result, Rebels are substantially more likely to end up working for themselves as entrepreneurs.

In fact, we find that every sample of entrepreneurs that we work with is over-represented by people with the Rebels personality profile. These samples have 18-28% entrepreneurs, which is 2-3 times more than the 8% we see in the global working population. On the darker side of things, we have also found Rebels to make up nearly half of our sample of organised crime members. Whether as entrepreneurs or as criminals, Rebels make a habit out of breaking the rules. The strictness of society’s rules then largely decides whether Rebels are considered sinners or saints. In popular media, characters such as Tony Stark (Ironman), Donna Meagle (Parks and Recreation), and Aladdin (Disney’s Aladdin) are prototypical Rebels – creative, disruptive, and pushing the limits.

If you are a Rebel, you need to be aware of your tendency to try to skirt around the rules. On the one hand, disruption leads to innovation, change, and progress. On the other hand, many people resist change and will see your disruptive behaviour as a threat to their stability. You are more comfortable with change than most people and need to realise that other people will not be as enthusiastic about your transformative ideas. Most critically, you need to be aware that some of your plans and ideas might be considered outside the bounds of fair play by society, which could lead to serious legal trouble.

Regardless, you should be prepared to cut your own path and to start your own business. You will likely be resistant to working for anyone else and working for yourself gives you the freedom and flexibility you desire. Keep in mind that, as your business grows, your employees will be looking for stability. Many of the changes and “improvements” you might like to implement will be silly and a waste of time in the minds of your employees. Frequent changes in direction will drive your best employees away. The key to success will be in your ability to temper your impulse to constantly reinvent.

How to Deal with Rebels

If your boss has the personality profile of a Rebel, be prepared to deal with frequent change. A Rebel boss might demand one thing on Monday and the complete opposite thing on Tuesday. You will need to be adaptable, flexible, and comfortable with instability. In the mind of a Rebel, nothing is ever quite good enough so the call for improvements will be constant. If any of your employees are Rebels, then be prepared to spend a fair amount of time doing performance management. They will likely listen to your coaching and feedback, but ultimately resist changing their behaviour.

Your Rebel employees will often see your point of view as outdated and not future-oriented enough. To keep your Rebels productive, it is best to provide them with tasks and opportunities to create, change, or disrupt current processes. Provide ample opportunities for Rebels to share their innovative ideas. Ultimately, Rebels will probably leave your company to strike out on their own, so you should maximise their strengths while they’re there.