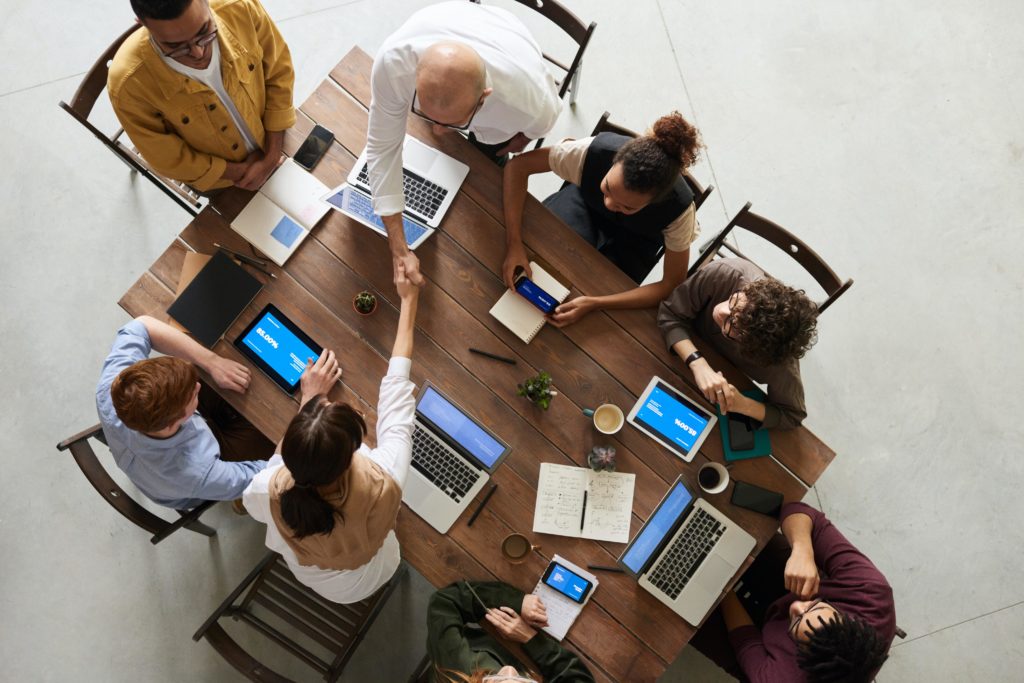 *This blog was original published on Hogan Assessments.

Leadership development is a $366 billion dollar industry, with $166 billion spent in the U.S. alone.1 ATD reports that 70% of companies use personality tests to develop senior leaders and high potentials, with another 10% to 15% in the process of building a system to do so.2 Yet most leadership development interventions fail to produce organisational results.3

Nearly all leadership development programs target individual growth and the development of soft skills,4 which are personality-based behaviors such as emotional intelligence, influencing skills, relationship management, etc., and 63% of organisations use executive coaching to support leader growth.1 Efforts to change or improve soft skills are hard to quantify, study, and measure, making ROI difficult to calculate.

This raises a question that we get from clients every day: Can you really change your personality? If so, how much? What strategies or interventions work best?

The only way to talk about personality change is first to define personality. Unfortunately, academic psychology is little help because the definitions vary wildly. Even the Wikipedia page on personality begins with, “While there is no generally agreed upon definition of personality … ”

If you can’t define it, how can you tell if it’s changed? As experts in the field of personality testing, we consider personality to consist of four interrelated parts:

You can change your biology to some extent through medical interventions such as pharmaceutical drugs, or even unintended influences such as traumatic brain injury. You may recall the story of medical celebrity Phineas Gage, whose personality changed dramatically after surviving an unfortunate head injury. Otherwise, our core biology doesn’t change much.

Theoretically, it is possible to change one’s identity, and this is often the focus of psychotherapy or other intentional efforts. The magnitude of identity change effort is unknown, as any effect is subjective and impossible to measure in any meaningful way.

When we talk about personality change in the context of talent development, we are mostly concerned with behavior and reputation. We attempt to change behavior with the help of feedback, coaching, and continuous developmental effort, which should result in reputation change over time. As people start to see and respond to you differently (reputation), you may start to see yourself differently too (identity) — this is what we call the “fake it ‘til you make it” approach to development.

But what does that change actually look like? What does it mean, and how significant are the changes? Let’s tackle these issues by teasing apart the many complexities that underlie these questions.

Can people change their behaviour?

Certainly. People change their behavior all the time with real, meaningful effects. However, personality change effects are a lot like health behavior outcomes in that expectations should be kept realistic. It is easier to move the needle a modest amount versus anticipating total transformation. For example, the likelihood that an introvert somehow becomes an extravert is about the same as an unfit smoker transforming into an Olympic runner. But with discipline and effort, an introverted leader can practice more extraverted habits to achieve a development goal in much the same way that an unfit smoker can quit smoking and practice better exercise habits to achieve a health outcome.

Are some behaviours harder to change than others?

Probably. For example, certain intrapersonal behaviors involving self-regulation are more biological in nature. Things like emotional regulation are very complex, involving involuntary responses in the limbic, nervous, and endocrine systems. An anxious person can’t just decide to be less nervous and make it so; anxiety causes automatic physiological responses such as increased heart rate, sweating, cortisol, etc. They might be able to reduce or manage their anxiety in meaningful ways, or even control how much of their anxiety they verbally broadcast to the outside world, which may create reputation change.

Let’s say an executive named Jean has a personality-based tendency to become easily frustrated and angry when others make mistakes. In these moments, Jean’s limbic system has taken over causing executive functioning to be compromised. Jean can’t “decide” to control the anger because physiologically the anger is in control of Jean. What he can do is be coached to recognise the kinds of triggers that tend to provoke destructive emotional responses and identify strategies to prevent outbursts or remove himself from situations before damage occurs. But this doesn’t mean we can stop or change the personality trait. We can only help Jean manage it better by practicing different behaviors or habits.

In addition, it’s harder for people to start a new, unfamiliar behavior than to increase or stop a familiar behavior. I’ll never forget the incredibly bright, Harvard-educated executive I worked with who had received feedback that she was “not strategic” and wanted to change her level of creativity and big-picture thinking. She looked up at me with a defeated look in her eyes and said, “I want to be more curious and original … I just don’t know how.” The potential lack of innate skill paired with fear and uncertainty surrounding a new and unfamiliar behavior can extinguish a change effort before it even begins.\

Can people change their personalities?

Yes, people can change their personalities. In the academic research this is called volitional personality trait change. Simply desiring to change one’s personality is not sufficient; making a plan and following through on development commitments is critical to success.5 More robust, intervention-based personality change efforts can and do work. These interventions include but are not limited to executive coaching, clinical interventions such as therapy or counseling,6 use of mobile apps,7 and more. Although research findings are somewhat mixed,8 studies show that modest but meaningful personality-based changes can and do occur under certain conditions involving powerful interventions with specific, actionable goals.

But how can we tell the difference between actual personality change versus changes in test scores? Because personality testing relies on self-report responses, it’s unclear whether a different test score reflects genuine change as opposed to a host of other possible explanations. For example, we know that the fidelity of responses to personality test questions can be influenced by

For example, let’s imagine Renee is working with an executive coach to become more organised and process oriented. She is putting significant effort toward this goal and seeing great results. She takes a personality retest to gauge change and is delighted to find her Conscientiousness score has increased! Six months later, the coaching engagement is over, and she has gone back to her disorganised ways — did her personality truly change? Or were her personality test scores inflated due to real (or perceived) but unsustainable identity-based, behavioral, or reputational change? This brings us to our next question.

Are there costs to pretending to be someone you’re not? Possibly. Some studies indicate that there are well-being consequences associated with acting in ways that are not trait typical.9 More research is needed in this area.

The most important question is also the most difficult to answer due to the lack of quality, longitudinal research on personality change efforts over long periods of time. The latest research in behavioral science suggests that permanent change is possible under the right conditions using a specific combination of strategies. B. J. Fogg, a Stanford psychologist and founder of the Behavior Design Lab, presents a compelling, evidence-backed formula for behavior change in his Tiny Habits methodology (click here to watch his Ted talk). The message is that anyone can choose to do (or not do) a single behavior at a single point in time. Even a lifelong smoker can abstain from nicotine for an eight-hour flight when necessary. It’s also pretty easy to maintain (or abstain from) a behavior for a span of time, like the ever-popular Dry January campaign or 28-day fitness challenges. But the secret to creating a permanent change is a habit-building formula with the stamina that allows others to notice the difference.

When behavior change lasts long enough for others to notice, this creates the potential for reputation-based change. The problem with reputation is that it is incredibly durable, yet simultaneously quite fragile. As Warren Buffett says, “It takes 20 years to build a reputation and five minutes to ruin it.” Just ask Martha Stewart how long it took for reports of insider trading to tarnish her squeaky-clean reputation. Most academic research seeks to find evidence of personality change in personality tests, when they should really be seeking this evidence in 360 or other multirater data.

Let’s come back to the practical problem at hand. Despite the hundreds of billions of dollars spent on leadership development annually, the base rate for incompetent leadership is staggering. As many as 75% of U.S. workers say the worst and most stressful aspect of their life — not just their job — is their immediate boss.10 These figures confirm that current leadership development efforts are ineffective, and the results are equal parts costly and toxic: employee stress, dissatisfaction, disengagement, and turnover.

One survey revealed that 65% of Americans would rather fire their boss than receive a pay raise.11 In a landmark study, V. Jon Bentz analysed failed leaders to determine underlying causes of incompetence.12 Bentz concluded, “To a person, each of the failed executives had an overriding personality defect.” In fact, Bentz identified 10 recurring causes of failed executive leadership, including micromanagement, subpar interpersonal skills, inability to deal with complexity, and arrogance, among others. Adequately addressing these soft-skill gaps (or personality “defects” as Bentz called them), is the missing ingredient in most leadership development programs.

Click here to attend our webinar to learn more about the formula for meaningful soft skill and personal development via behavior change and obtain practical, immediately usable advice for leadership development professionals based on the latest research insights.

For a full list of references, please refer to the original .

To learn how PBC can help strengthen and develop your leaders, please