CEOs in Crisis: The Influence of Leaders’ Everyday Strengths (Part 1) 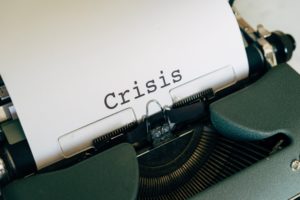 The new realities shaped by the disruptive and complex moment we are experiencing are completely different for each organisation. This situation is forcing some companies to completely reinvent themselves, while others are unable to operate as needed. Others (the least common group, especially in Colombia) are seeing turnover grow at unexpected levels. The personality characteristics of the CEOs of the companies influence the consequences that each of the companies is experiencing as a result of the pandemic.

The Leader in Times of Crisis Program

In alliance with the Bogota Chamber of Commerce, Thuoper, one of Hogan’s strategic partners, built the Leader in Times of Crisis program to study the personality traits of more than 200 CEOs in Colombia. The program’s main objective was help leaders achieve a higher level of strategic self-awareness, understand how to manage the crisis, and emerge stronger than before.

As part of the program, the CEOs completed Hogan’s personality tests — the Hogan Personality Inventory, the Hogan Development Survey, and the Motives, Values, Preferences Inventory — and attended a webinar during which Liliana López, CEO of Thuoper and expert in organisational leadership, explained the methodology and key personality characteristics for handling crisis effectively.

Subsequently, Thuoper’s research and development team analysed the CEOs’ personality test results and found important patterns between their results and their companies’ economic sectors. This article, the first in a three-part series, will focus on how the CEOs scored on the Hogan Personality Inventory, or HPI, which evaluates seven aspects of personality that tend to appear during everyday situations.

Among CEOs in the financial sector, we saw a pattern involving the Sociability and Inquisitive scales. Sociability refers to interest in frequent and varied social interaction — these are leaders who facilitate and promote communication and socialisation in virtual spaces with their teams. Inquisitive refers to creativity and openness to new ideas, which is highly positive for this sector, as the sector is typically rigid without much change. This shows that they are leaders willing to rethink the way they do business and create new strategies different from the traditional ones.

In the industrial sector, CEOs scored similarly on the Prudence, Inquisitive, and Learning Approach scales. Prudence has to do with self-control, being conscientious, and having a good work ethic. The CEOs’ overall results demonstrate that they can make good decisions guided by planning and structure, while balancing flexibility and challenging traditional paradigms. The Learning Approach scale describes a person’s learning style. In these particular results, CEOs demonstrate a good balance between learning through practical experience, which is key during times of uncertainty, and an interest in learning in academic spaces, which today are virtual. Curiosity, one of the characteristics measured by the Inquisitive scale, also plays a key role in this sector due to the creativity and willingness to rethink problems that this crisis requires.

We found that Interpersonal Sensitivity, Prudence, and Learning Approach were the scales on which CEOs in the health sector scored highest. It is not a surprise to find that the Interpersonal Sensitivity scale appeared in this sector. This scale measures warmth and social ability, which are of great importance during this difficult time for humanity. Our analysis shows that CEOs of companies in this sector have the ability to transmit these skills as values ​​within their organisations.

Our findings were equally as interesting within the services sector. We found that the Inquisitive and Adjustment scales prevailed among these CEOs. Adjustment is particularly important during these times, as it has to do with the ability to manage stress, control emotions, and listen to feedback. These results show that these CEOs have the ability to maintain a balance between acting with a sense of urgency, openly listening to feedback from the environment, and managing their emotions in the face of the crisis to avoid creating panic in their companies.

Technology CEOs’ most notable scores were on the Prudence, Inquisitive, and Interpersonal Sensitivity scales. For this sector, the importance of the Inquisitive scale is highlighted because it is the one that allows the industry to remain at the forefront under realistic and achievable parameters. The scale of Interpersonal Sensitivity is also striking in this sector, as one might think that technology companies would be removed from people and the human factor. This demonstrates the ability of these CEOs to integrate technology and innovation with the human side. From a team perspective, these CEOs should also be able to keep their teams engaged.

In the textiles sector, we noticed a pattern in the leaders’ Inquisitive and Interpersonal Sensitivity scores. This sector will be one of the ones that will have to reinvent itself the most, given the new commercial and market conditions caused by the pandemic. Consumer habits are changing, and this turn will be even more marked post-pandemic, so curiosity will help these CEOs design new, nontraditional strategies.

Among CEOs in the Transportation sector, scores on the Sociability and Prudence scales prevailed. This sector is one of those that will have significant reinvention challenges since it requires people to be face to face. Sociability will play a crucial role within organisational culture to keep employees involved and connected to each other.

Finally, in the tourism sector, we obtained very interesting findings. Given that this is one of the sectors hit hardest by COVID-19, these CEOs are facing challenges never before imagined. We found their Ambition and Adjustment scores to be their main strengths. The Ambition scale predicts leadership, drive, competitiveness, and initiative — which are essential to getting out of a situation as complicated as the one many tourism companies find themselves in. These results indicate a good prognosis. Surely many of these organisations be strong enough to withstand the impact of this crisis once it has passed.

We invite you to stay connected with us for the second part of this series to learn about these CEOs’ behavioral risks, which could derail their companies’ survival goals in this time of crisis.

Accelerating Team Effectiveness in the COVID-19 World
The Dark Side of Entrepreneurship: Avoiding Personal and Organisational Derailment
Survival Skills: Who Will Succeed in the Automated Labour Market?