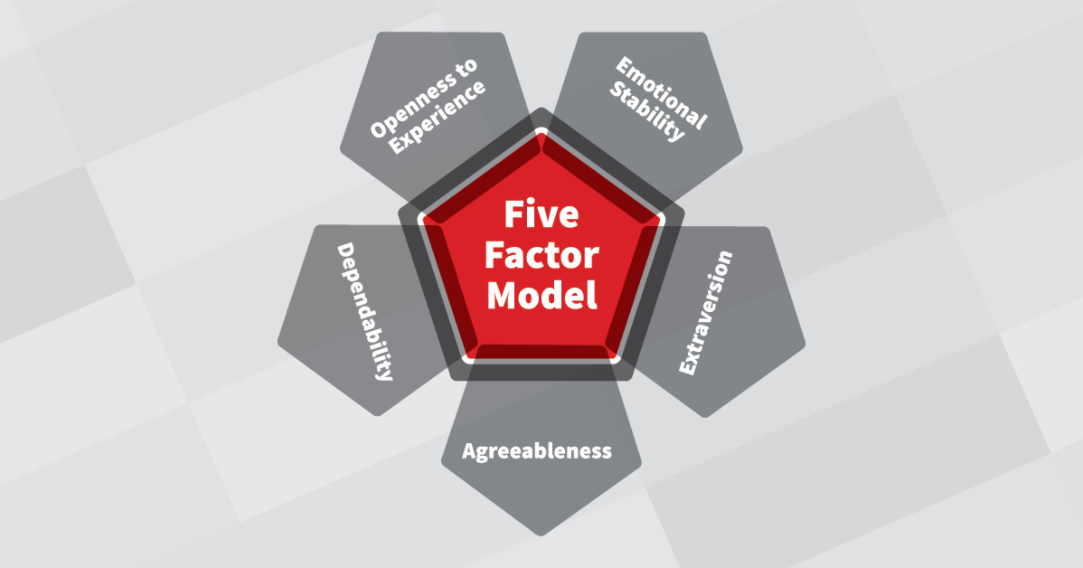 *This blog was originally posted on Hogan Assessments.

If you’re learning about the Hogan personality tests, you’ve almost certainly heard about the Big Five. And if that was the first you’d heard of the term, you probably wondered, “How big could the Big Five be if the concept was unknown to me before today?” Well, in personality psychology, it’s important, and it’s easiest to understand if we first review a little history.

Today, the five factors that form the basis for most new research on personality are commonly referred to as “the Big Five,” a term first coined by personality psychologist Lewis Goldberg, PhD, in 1981. The Big Five include emotional stability, extraversion, agreeableness, dependability, and openness to experience.

The five-factor model formed the basis for the research behind the Hogan Personality Inventory (HPI), the first personality test designed to assess occupational performance.

The HPI has since been expanded to include seven scales and 42 subscales, which add additional nuance in understanding normal personality. Keep reading to learn more about how these five dimensions formed the basis for the HPI in its current form.

Emotional stability, sometimes called neuroticism, relates to the HPI’s Adjustment scale. As its name suggests, this dimension of the Big Five regards a person’s tendency to experience negative emotions. The HPI’s Adjustment scale measures confidence, self-acceptance, and stability under pressure. While high scorers tend to handle pressure well and expect to succeed, low scorers are less stress tolerant but also more likely to admit their shortcomings or mistakes and try to fix them.

The extraversion dimension of the Big Five forms the basis for both the Ambition scale and the Sociability scale of the HPI. Extraversion regards the degree to which people are either extraverted or introverted, as well as their assertiveness, sociability, and level of comfort with being the center of attention.

Hogan’s Sociability scale measures the degree to which a person seems to need or enjoy social interaction. Low scorers on this scale tend to listen more than they talk, be task oriented, work well independently, and prefer structured meetings, whereas high scorers tend to be approachable and friendly, be busy and full of energy (sometimes to the point of distraction), talk more than they listen, and build relationships with a variety of people.

The agreeableness factor of the Big Five relates to the HPI’s Interpersonal Sensitivity scale. Tact, cooperation, empathy, and friendliness are all characteristics associated with agreeableness. The HPI’s Interpersonal Sensitivity scale measures the degree to which a person is seen as perceptive, diplomatic, warm, and considerate, or on the other hand, likely to confront poor performers, tough, and willing to take unpopular positions.

The dependability factor, also called conscientiousness, relates to the HPI’s Prudence scale. Personality characteristics such as preparedness and detail orientation are associated with this factor. Likewise, the HPI’s Prudence scale measures the degree to which a person seems conscientious and rule abiding. While high scorers on this scale tend to be orderly, reliable, and attentive to rules and details, those who score low are more likely to be comfortable with ambiguity, flexible about rules, and capable of quickly changing direction.

The openness to experience factor forms the basis for two of the HPI’s scales, both the Inquisitive scale and the Learning Approach scale. This factor regards creativity, abstract thinking, curiosity, and openness to new experiences and challenges.

Hogan’s Inquisitive scale evaluates imagination and problem-solving. People who score high on Inquisitive are often creative, adventurous, and open-minded, tending to think quickly on their feet and strategically about the big picture. Low scorers, on the other hand, are more likely to be seen as levelheaded, pragmatic, and process focused.

Hogan’s Learning Approach scale measures the extent to which a person seems to enjoy learning. While high scorers on this scale will seem to be goal focused and to value education for the sake of education, they might also be averse to working on tasks they deem uninteresting. Low scorers, by comparison, tend to prefer a more hands-on approach to learning and focus on applying existing skills, but they might also be unconcerned with learning new ones.

Human personality is complex. While thinking about personality in terms of only five factors might make it sound simple, know that the Big Five comprise a vast range of personality characteristics that — throughout history and across cultures — have helped people identify ways to get along with others in their social groups and get ahead in the social hierarchy.

In regard to the HPI’s seven scales, each is measured in percentiles based on decades’ worth of personality research — so high, average, or low scores on any of these scales can tell us a lot about a person’s strengths and shortcomings. Moreover, HPI scores should always be interpreted as part of a bigger picture. Hogan-certified assessment administrators are trained to look at a few different things when they interpret HPI results: (1) scores on different scales in combination with one another; (2) scores from Hogan’s other two personality tests, the Hogan Development Survey and the Motives, Values, Preferences Inventory; and (3) the context of a person’s background and career. As a result, the potential social outcomes are completely unique to each individual.