Using Personality Tests in Interviews: The Ticket to Hiring Success 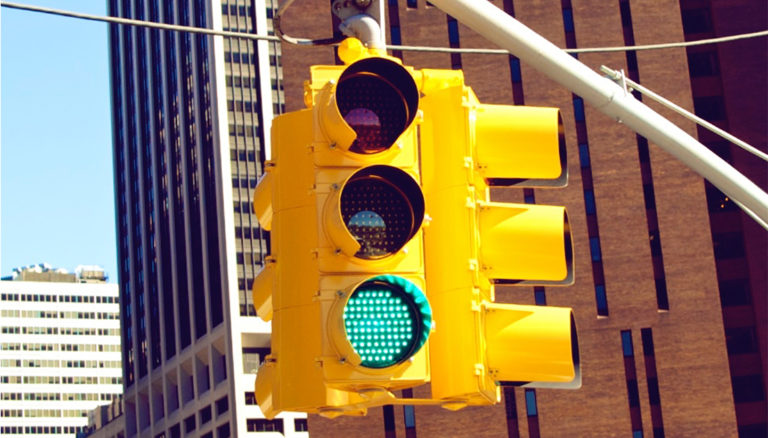 Never underestimate a sound talent acquisition strategy. When organisations commit to using personality tests in interviews, they find candidates who fit seamlessly into their roles. And the candidates who discover a perfect synergy between their personalities and roles? They end up making magic on the job.

This blog was originally posted on Hogan Assessments.

Consider Los Angeles County Sheriff’s Deputy Elton Simmons, a traffic cop whose story went viral in September 2012. His fame came from being something of a paradox: he gave people citations, but they still liked him.

It all started when Captain Patrick E. Maxwell looked at Deputy Simmons’s record and made a shocking discovery. Despite the deputy’s two decades patrolling La Mirada’s roads, Deputy Simmons’s record remained totally free of complaints. As Captain Maxwell later explained to the media, a zero-complaint career in law enforcement is highly unusual. Almost all traffic patrols have complaints on file, simply because drivers do not appreciate citations.

So how did Deputy Simmons maintain such a flawless record? How did he manage to discipline bad drivers and endear himself to the public? At first, you might assume that his popularity was a result of being unusually lenient. But that isn’t true — Deputy Simmons handed out more than 25,000 citations during the course of his career.

Journalist Steve Hartman shadowed the deputy for a day to see what his secret was. Hartman found a fairly simple explanation: Deputy Simmons delicately balanced authority with diplomacy.

At every opportunity, Deputy Simmons tried his best to offer people the benefit of the doubt. He also tried to avoid lectures and condescension. If a citation was necessary, he made sure to issue it with a kind smile. In short, Deputy Simmons exhibited fantastic interpersonal skills, which provided the Los Angeles County Sheriff’s Department with some great free publicity.

How to Recreate the Magic of Deputy Simmons

If all officers went through the same hiring process, then why did Deputy Simmons outperform the rest? If you guessed personality, then you are absolutely correct.

Deputy Simmons’s personality was well suited for his career in law enforcement.

Thankfully, your organisation can be just as fortunate as the Los Angeles County Sheriff’s Department was with Deputy Simmons. Personality can be scientifically assessed and easily integrated into the hiring process. Furthermore, using personality tests in interviews can also safeguard against hiring ineffective candidates.

The Dangers of Derailment

Although a candidate’s intelligence, experience, and education are all important factors to consider, screening for these will not prevent derailment.

Derailment is what happens when people cease to manage their behavior effectively at work, usually due to increased stress or pressure, although triggers can vary. Given that workplace stress is nearly ubiquitous, how candidates manage that stress determines how effective their job performance will ultimately be. The advantage of using personality tests in interviews becomes obvious when you examine how a mismatch between personality and role can end up derailing performance.

Let’s use an example. Imagine an officer who has an identical personality to Deputy Simmons, except one thing: he becomes withdrawn and tough when stressed. Do you think our imagined officer would be as consistently diplomatic as Deputy Simmons? Or what if our imagined officer differed in that he became more skeptical when stressed? Do you think this officer would give the public the benefit of the doubt as much as Deputy Simmons has? Or what if our imagined officer had less interpersonal sensitivity, would he still come across as understanding instead of condescending? You get the point. If a candidate’s personality does not closely align with the role, the risk of underperformance and derailment is high.

Interviewers know that a candidate’s personality is important. Accordingly, most attempt to assess personality informally during interviews. They may ask candidates to elaborate on their résumés and ask random follow-up questions. But robust evidence shows that interviews without personality assessment data reveal little about candidates.

Interviews Need to Be Backed by Data

All candidates are on their best behavior during interviews. That’s why hiring managers need data to discern the subtle differences between those who are great, those who are good, and those who are ineffective.

Interviews without data pose a threat. You might overlook hidden gems and instead favor candidates who are skilled at making first impressions. In other words, data-free interviews sometimes let ineffective candidates rise to the top of the selection pool.

These ineffective candidates are what we call emergent, or highly charismatic and gifted at self-display. These candidates often outshine candidates who are what we call effective, or hardworking but less attention-seeking. During situational and behavioral style interviews, questions about opinions, attitudes, goals, aspirations, self-descriptions, and self-evaluations are often attempts to see personality at play. What interviewers may not know is that this ambiguity permits ineffective candidates to give a rosier view of their credentials. They may choose to focus on details irrelevant to the job to make a more favorable impression. This doesn’t mean that candidates are deceptive — just that people tend to idealise their own identities.

Conversely, if personality testing is implemented early in the hiring process, candidates will have very little opportunity to overstate their competencies. Interviewers will be able to see how candidates’ personality data overlap with how the candidates describe themselves. Our personalities remain stable during our adult lives, so you can expect the person you hire this year will still exhibit the same patterns of behavior in the future. One study found that teacher ratings of students’ personalities predicted their behavior 40 years later.

All things considered, interviews are an incomplete hiring solution. Organisations that opt for using personality tests in interviews end up asking better interview questions. These data-driven questions are more focused and reveal more about who the candidate really is.

Using personality tests in interviews also streamlines the candidate pool by standardising the information you gather for a batch of candidates. Rather than slowing down the hiring process, this boosts efficiency by cutting down on the number of interviews. Companies that use personality tests see the applicant-to-hire ratios go down about 12%. Additionally, interview-to-hire ratios go down as much as 50%. These statistics mean that organisations can focus on quality over quantity. They will interview fewer people and the interviews that they do conduct are more focused.

Lastly, using personality tests in interviews means you can measure values, or whether the candidate will actually enjoy the job. Happy employees make engaged employees. Engagement impacts whether an employee is willing to muster the discretionary effort that pushes an organisation from surviving to thriving.

In short, if you want to identify candidates who will perform like Deputy Simmons, you should assess your candidates before giving them a green light for an interview.

Want to learn more about how PBC can help your organisation use personality for candidate selection?